Europe is the largest market served by our Alvarez & Marsal Global Transaction Advisory Group, and our European Transaction Advisory team continues to rapidly grow throughout the region, expanding our global reach with a “hands on” local approach. In our view, the current bull market M&A deal cycle is now finely balanced — with the level of dry powder to be deployed offsetting increasing macro and political concerns.

As we reach the end of 2018, I discuss here the regional & global M&A factors that have impacted Europe, as well as what to expect in the year ahead.

What local factors are driving M&A activity in the region? 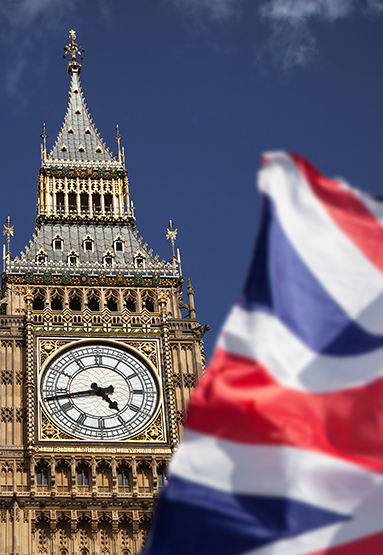 Significant amount of “dry powder”
Recent fundraising means that Private Equity houses have significant funds to deploy — which is being further fueled by substantial leverage available from high street banks, debt funds, and other non-traditional lenders. For good assets, this means that competition is fierce, processes are broad, and very seller friendly. But buyers are becoming nervous that we are close-to or at the top of the market for this cycle and are increasingly reluctant to invest time and money in wide auction processes unless they have an excellent angle. This growing nervousness paired with fierce competition has resulted in a squeezed, “sprint to the finish line,” pace when working on the buy-side of transactions, and faster, more limited scope sell-side processes with shorter planning cycles.

Political uncertainty
Driven by Brexit, fresh fears that the budget dispute between Brussels & Rome will trigger a € crisis, and most recently, the Gilets Jaunes protests in France, political uncertainty and its ability to impact the wider macro-economic environment appears to be unsettling some in the debt community. Some processes are beginning to wobble, fail or be shelved entirely on fears that the pendulum may have swung too far in the direction of sellers. Before the summer, we saw a lot of people trying to pre-empt processes, but this no longer seems to be happening — even for eagerly anticipated assets.

Increasing Corporate Interest
In the corporate space, we’re experiencing increasing interest from listed corporate clients who are looking for a credible alternative to the Big 4. Concerns about audit failures, conflicts of interest, and KPMG’s recent announcement that it will no longer provide non-audit services to its FTSE 350 clients are likely to only increase this trend.

Key growth highlights to note in some of our local markets are:

Increased Deal Activity in Germany
Similar to our other European markets, processes are becoming increasingly competitive, professionally run, and attractive to corporates as well as private equity players. Driven by the very active small-to-midcap sector in deals reaching the €250m EV range, our German team has been very busy in 2018, especially during the summer, with this increased activity.

Continued expansion in other European Markets
In April 2018, we launched our new French team and they have hit the ground running in a buoyant M&A market. Having attracted transaction service professionals from each of the Big 4 firms and 8 Advisory, we are now a 20-person strong team. We have leveraged our global footprint and operational expertise and combined this with our pan-European staffing model, generating both local private equity business and supporting French-headquartered multinational corporates with their overseas transactions from day one.

What are the global trends impacting M&A in the region?

Global Capital Flows
Capital continues to move cross-border, although the increased negative rhetoric from the Trump Administration — and the Chinese capital controls introduced by Beijing in 2016 — has slowed the flow of Chinese money into Western Europe.

Budget Dispute
If Rome and Brussels are unable to compromise on the Italian budget deficit — something made less likely by President Macron’s decision to blink in the face of public protest to his green fuel tax rises — it may spark the next phase of the Euro crisis.

Brexit Negotiations
As the deadline for Brexit edges inexorably closer, those inside the Westminster bubble remain horribly deadlocked. Although this may all turn out to have been some “cunning plan” if Theresa May, emboldened by surviving the vote of no confidence forced by her hardline Brexit-supporting “colleagues,” returns with major concessions on the Irish backstop arrangements, we suspect that appetite for £ denominated assets will slow — at least for those with $ or € denominated funds — as why invest now when the assets may be 10 to 15% cheaper in real terms in three month’s time?

What does this uncertainty mean for clients?

With this period of unprecedented political uncertainty and the recent volatility in the equity capital markets, it’s very difficult to call the wider impact on M&A activity.

For private equity investors, it appears the IPO window has firmly shut, and they are back in vogue as the preferred bidders for assets that may have been floated six months ago. However, with record levels of leverage available, many PE firms have seized the opportunity to do dividend recapitalizations within the last nine months, possibly shifting their focus now to improving the operational performance of their more greatly levered portfolio companies.

Overall, whilst it is possible that people decide to sit on their hands and ride this uncertainty out, others may view it as an opportunity to deploy capital in a less competitive market. Noting the deals our team has worked on in the past year, many of which have been buy and build platforms or bolt-ons themselves, perhaps we will see far more focus on operational improvement and add-on acquisitions in 2019.

How can A&M Global Transaction Advisory Group help you?

Whilst it would be easy to become disheartened by the increasingly fractious nature of global politics and the risks this may pose to a potentially overheating M&A market, it is precisely in times of great uncertainty that firms like Alvarez & Marsal come to the fore and can support our clients. Free from audit conflicts and legacy country-based structures, our global team has the ability to think and act across borders.

For more information about our Cross-border M&A services: https://www.alvarezandmarsal.com/expertise/global-transaction-advisory